The Cranial Solution to Pain (and other nagging issues) 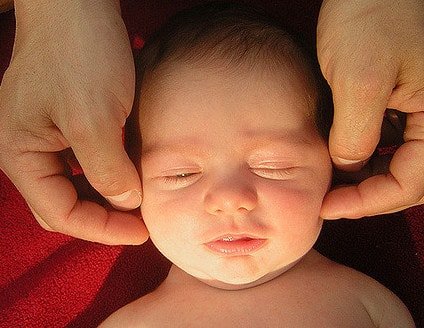 Is your neck a pain in the….well….neck? But, are you fearfully backing away from that opioid prescription? Good for you! You ought to stay way far away of those drugs (if at all possible)- the opioid epidemic has absolutely devastated America, and is no real pain solution at all. Since 1999, opioid overdose deaths have quadrupled. Even more significant, the rate of opioid prescriptions have increased so dramatically, that there is almost enough circulating for every adult in America to have their own bottle, according to Dr. Vivek Murphy, US Surgeon General.

How about a better solution? It’s called Cranial Therapy.

I have been practicing Cranial Therapy, which is a name that I sort of fell into using (though it’s a bit of a misnomer) in 2002, while still a med student at Bastyr University. I took a series of CranioSacral courses (just for the heck of it), caught the CranioSacral bug, then took further CranioSacral courses through the Upledger Institute as well as Bastyr U, in addition to a few other similar seminars. During my first few years in primary care practice I studied with a Cranial Osteopath in order to further develop my skills in this field. And, the rest is history.

Since my early years in practice, I have continued to delve deeper and deeper into Cranial Therapy, which is both a fantastic tool by which to assess and understand the dynamics of the human body, as well as an effective way to encourage the body to recognize and normalize the noted dysfunctions. Although I am a primary care physician, through my devotion and passion to Cranial Therapy, a significant portion of patient visits involve these treatments, which are either full, 50-min sessions, or more focused treatments of shorter duration, depending on the symptom picture. I have found Cranial Therapy to be hands-down the most effective combined assessment and treatment tool (so far 🙂 ).

I have also found it to be a wonderful therapy for little ones, because of the gentle “listening” touch used.

I was happy to see that the scientific community is becoming more keen on studying modalities such as Cranial Therapy, as seen in this recent study that demonstrated a significant reduction of neck pain over 8 treatments. Because funding typically lacks for such studies (more on that in another post), I am always to happy to see new ones published. 😉

Enjoy a Cranial Treatment for that full-body reset. Call 360-331-2464 to schedule your individualized treatment.

Electrosmog: The Pollution of the Future
July 19, 2018